Dr. Edward Louis Hill Jr., an accomplished administrator, scholar, and teacher, Dr. Edward Hill brings to the Associate Provost role a deep-rooted commitment to academic excellence, student success, access and inclusion, and a keen awareness of how to create effective cross-divisional collaborations between academic affairs and student affairs that will positively impact the lives of students and change society. He has extensive acumen and in the realm of accreditation and continuous improvement.   He has developed and executed a five-year strategic plan that focused on: Quality and Distinctiveness of Student Success, Academic Reputation, Flagship Programs and Community Outreach, and Technology for 21st century University.

Dr. Hill has a long administrative career in both K-12 and higher education. During his career, he has served as an administrator in both public and private universities, overseeing professional programs and liberal arts in environments serving undergraduates, graduates, traditional and non-traditional students. He has worked with active duty military and veteran students. He has previously served as coordinator of a Troops to Teachers Initiative.

Dr. Hill has received many awards and commendations for excellence in teaching and outstanding administrative service. Dr. Hill has published in the areas of educational leadership, school culture, and cultural responsive teaching and has obtained numerous grants and research awards for the enhancement of teacher quality and preparation.

Dr. Hill’s proven strategies for increasing academic achievement for African American males has been featured in the 2008 Publication State of Black South Carolina. Hill has served as chair of several state and national committees that have examined and identified effective strategies and best practice for increasing male student enrollment and retention at minority-serving institutions.

Dr. Hill is a sought after motivational and professional development speaker.

Hill received the Key the City of Charlotte North Carolina for his moving motivation monologue entitled “And Then We Came to Memphis. He was invited to an International Education Conference in Melbourne, Australia to discuss the Plight of Males in the Global Education System.

Dr. Hill is a servant leader committed to serving the community. Dr. Hill has been an active member of numerous organizations including Rotary Club, Toastmasters, local Chamber of Commerce and Community Development Corporations, Boys and Girls Club, and is the founder of the school-based fatherhood engagement initiative D.A.D.S. (Developing a Demonstrating Society).   He recently received the Humanitarian Award for Community Service sponsored by Zeta Phi Beta Sorority Incorporated.

“I am extremely excited and honored to have the opportunity to assist President Bradford, the Division of Academic Affairs, Sponsored Programs, Deans, staff, and students in achieving more academic notoriety and acclaim. I am drawn to the quality of our academic programs, the unique mission of the organization, and collaborative initiatives. There are many visible opportunities to assist the Division of Academic Affairs and Policy in the advancing of the academic enterprise of Harris Stowe State University. “ 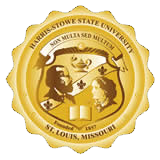